Beef Back Ribs on the Big Green Egg

Beef Back Ribs (also Short Ribs) on the Big Green Egg -NO! NO! NO! this is mistake #2- update

So what did I know about beef ribs earlier this week? not a thing. All I knew is that I wanted what I thought was short ribs and I wanted them to taste like my favorite BBQ place in the world. Fox Bros. Previously I have tried to duplicate them but alas without much success. See THIS LINK for a previous attempt. However, now that I have a digiQ I am ready to reach for the ring again. This time, I will follow the Fox Bros formula and I'll do it using the Big Green Egg and the DigiQ. 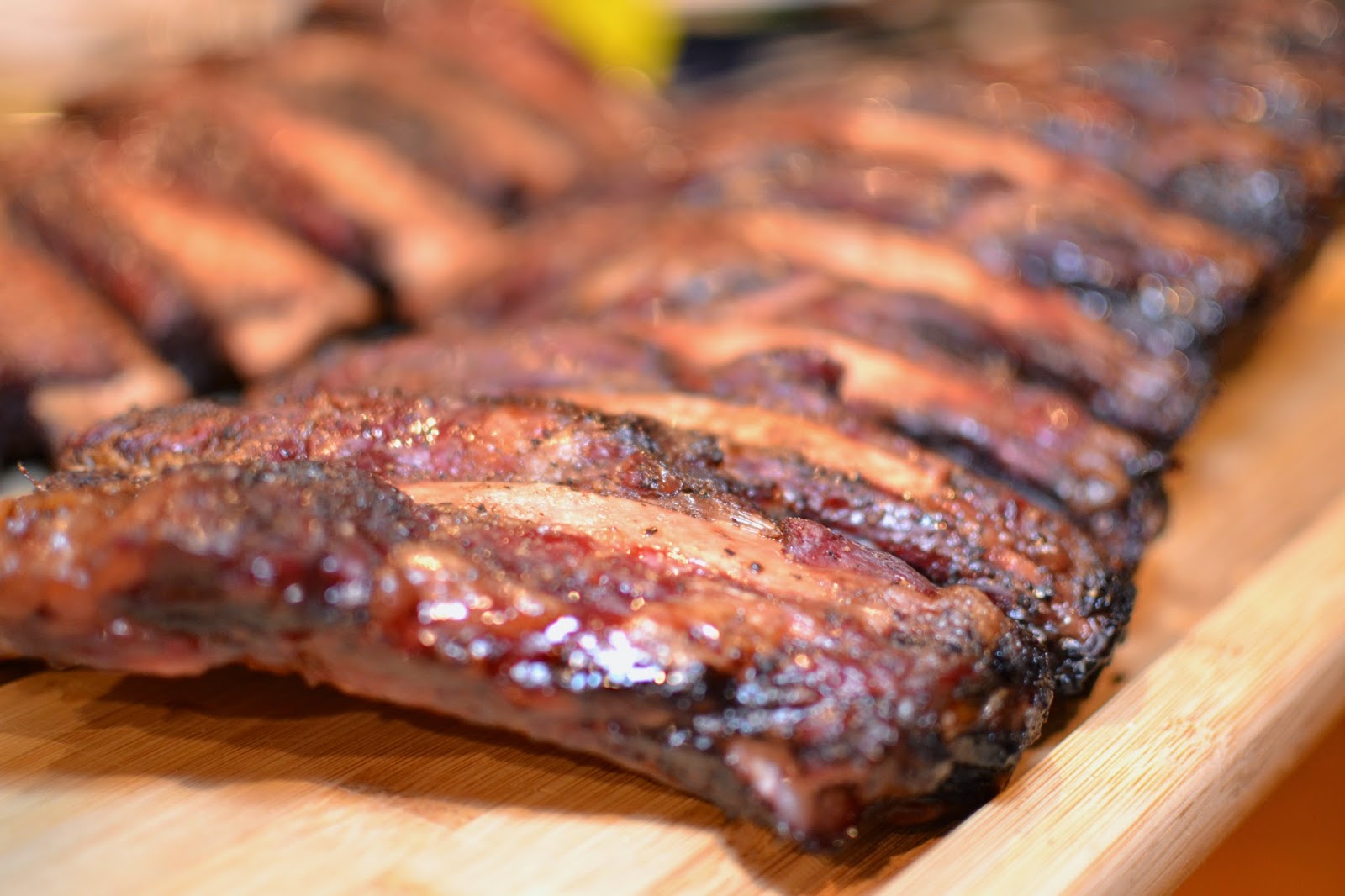 I once saw a food show that described how the Fox Bros cooked their short ribs. It was a seemingly simple process whereby they cooked said ribs for 12 hours at 200 degrees with a salt and pepper rub a la Franklin.

Now, now now... anyone that has a BGE knows that it isn't easy maintaining the Egg at 200 degrees for a long time without it going out. I had abandoned the idea of using the BGE to try this method until receiving the DigiQ from my loving family at Christmastime. I think the DigiQ can help me keep the egg at 200 all day. Also, I did a little short rib research. The Fox Bros ribs are these big giant meaty ribs (you get one rib when you order) that is almost a pound. When I tried to buy them at the butcher they were shorter and smaller hence the name SHORT rib. Turns out that the short rib is just a part or the meaty cut of the back rib, a larger piece of the same rib. It is called a beef back rib. I stopped into Kroger to find such an cut and low and behold they had some.

Note that I've learned since that these are not the ribs you want. You are looking for "Dino" ribs. These are what some would call shiners (bone is shining through the meat because the butcher is too aggressive). Don't use this cut. Use this one: See this link. 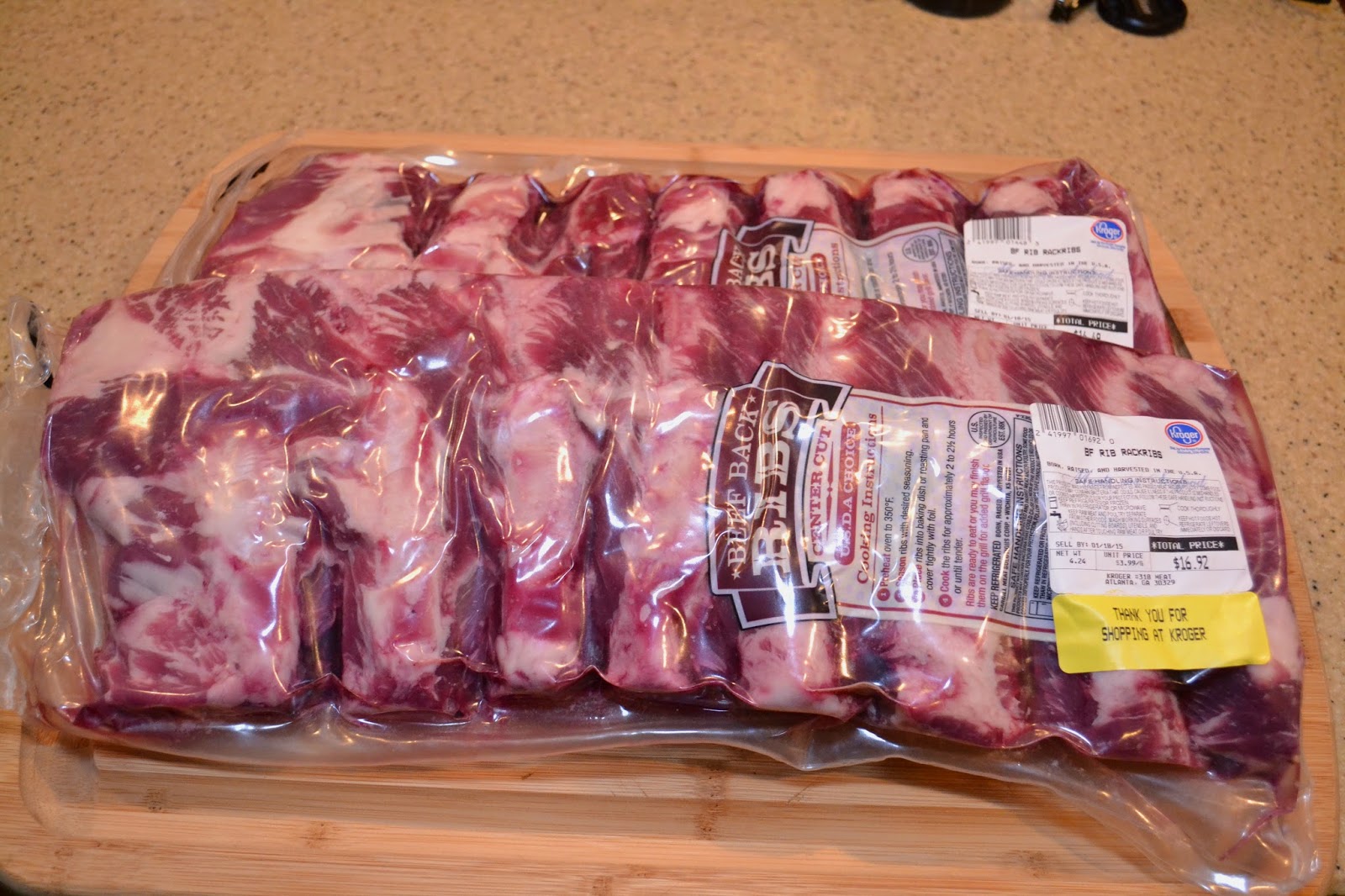 We will wake up early and set the egg up for 200 degrees with the plate setter in, rub the ribs and start cooking for 12 short hours.

Oh Lord is that you calling me home? Thank goodness, it has been a rough life and frankly I was pretty sure I would be heading in the other direction.

Despite the photo below, I started the morning in the dark. Filling the BGE with natural lump charcoal, one lighter brick and set up the DigiQ with the damper 1/4 open on the Pit Viper. Daisy wheel open. Plate setter in. 40 minutes later, the BGE is sitting on 200 and holding. 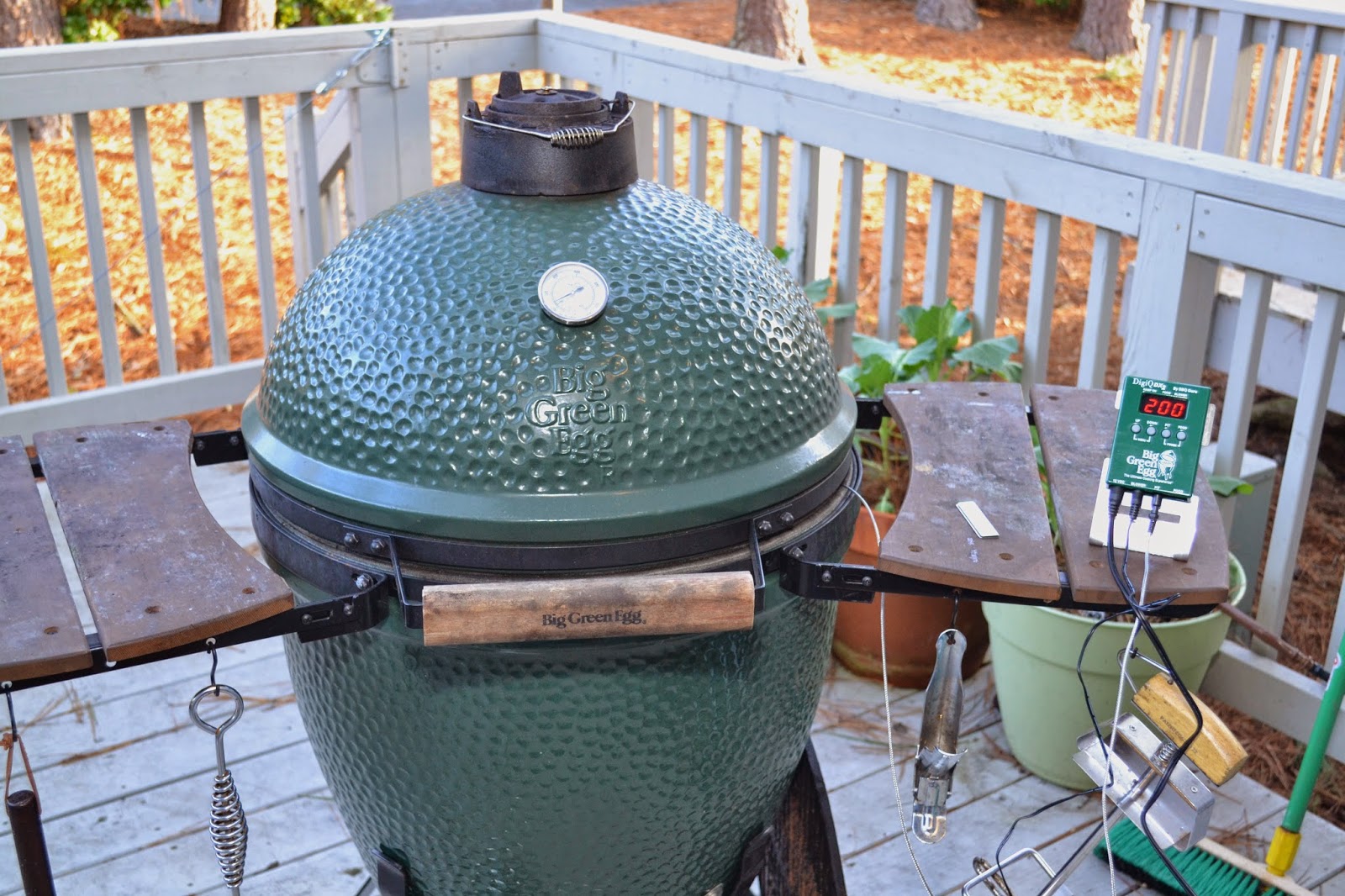 While the Egg was warming up, I pulled the ribs out and rubbed them down the salt and pepper.

What I didn't do but should have, is trim the membrane off the back of the ribs. 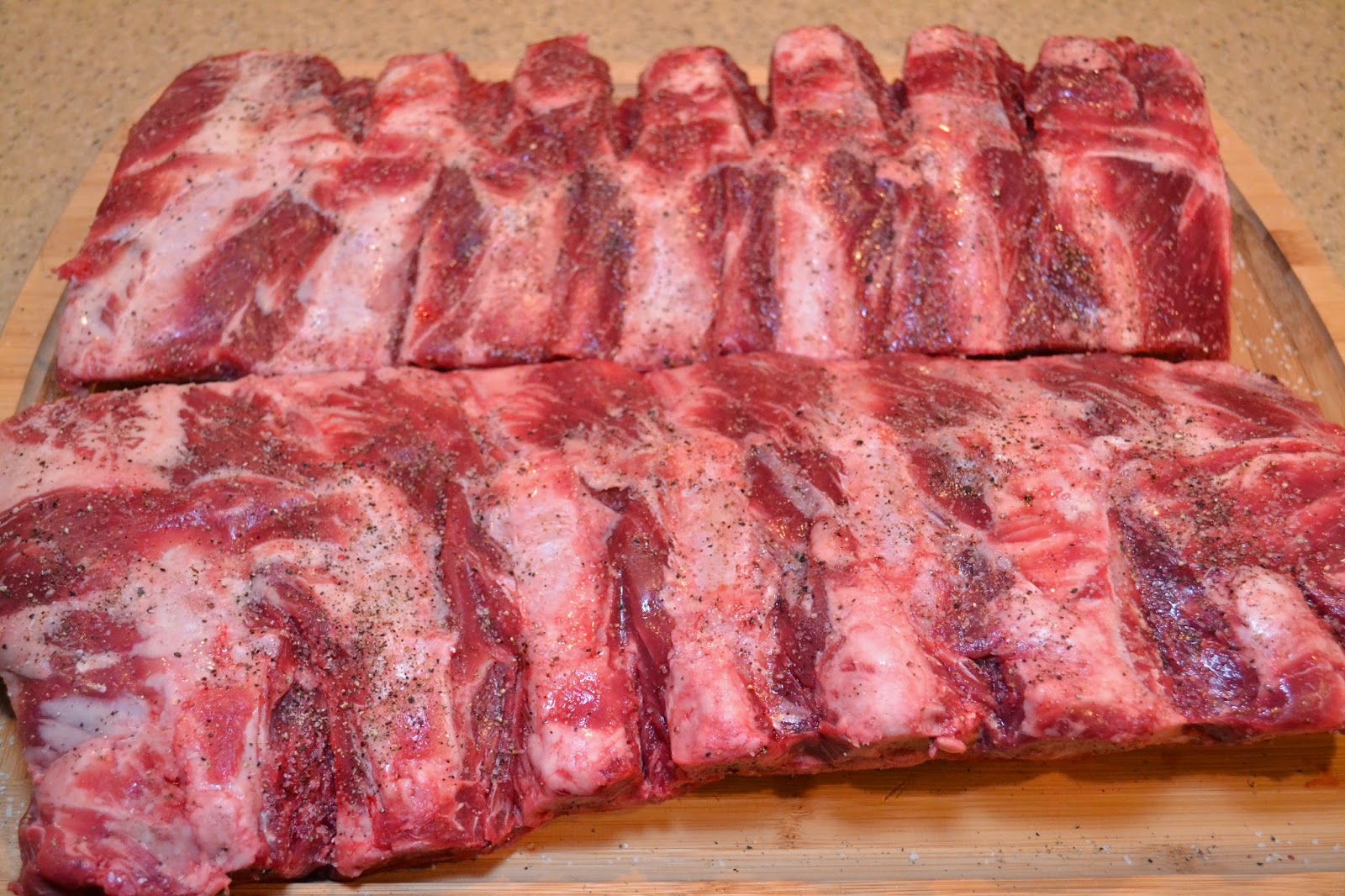 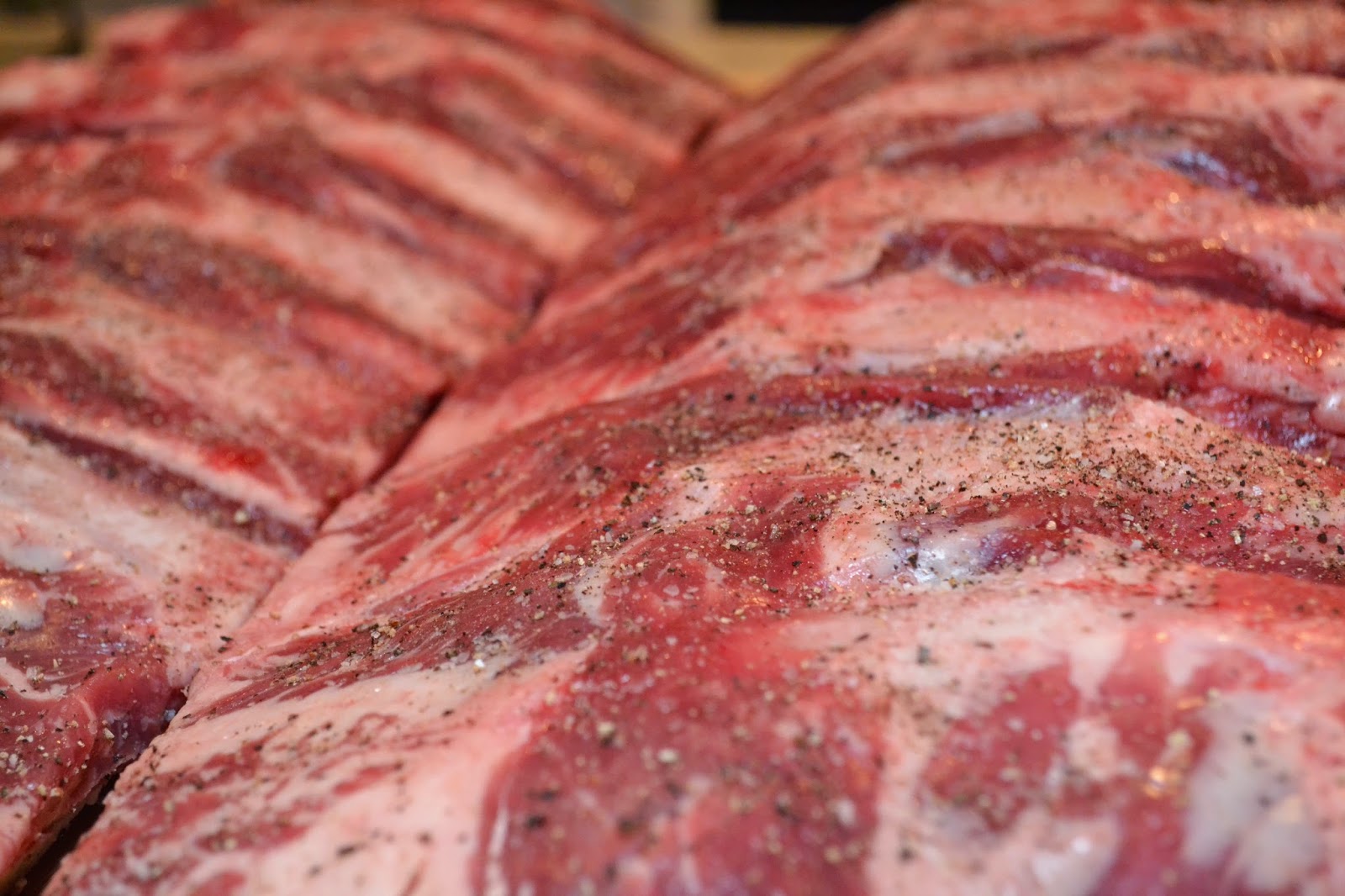 and let them reach room temp. 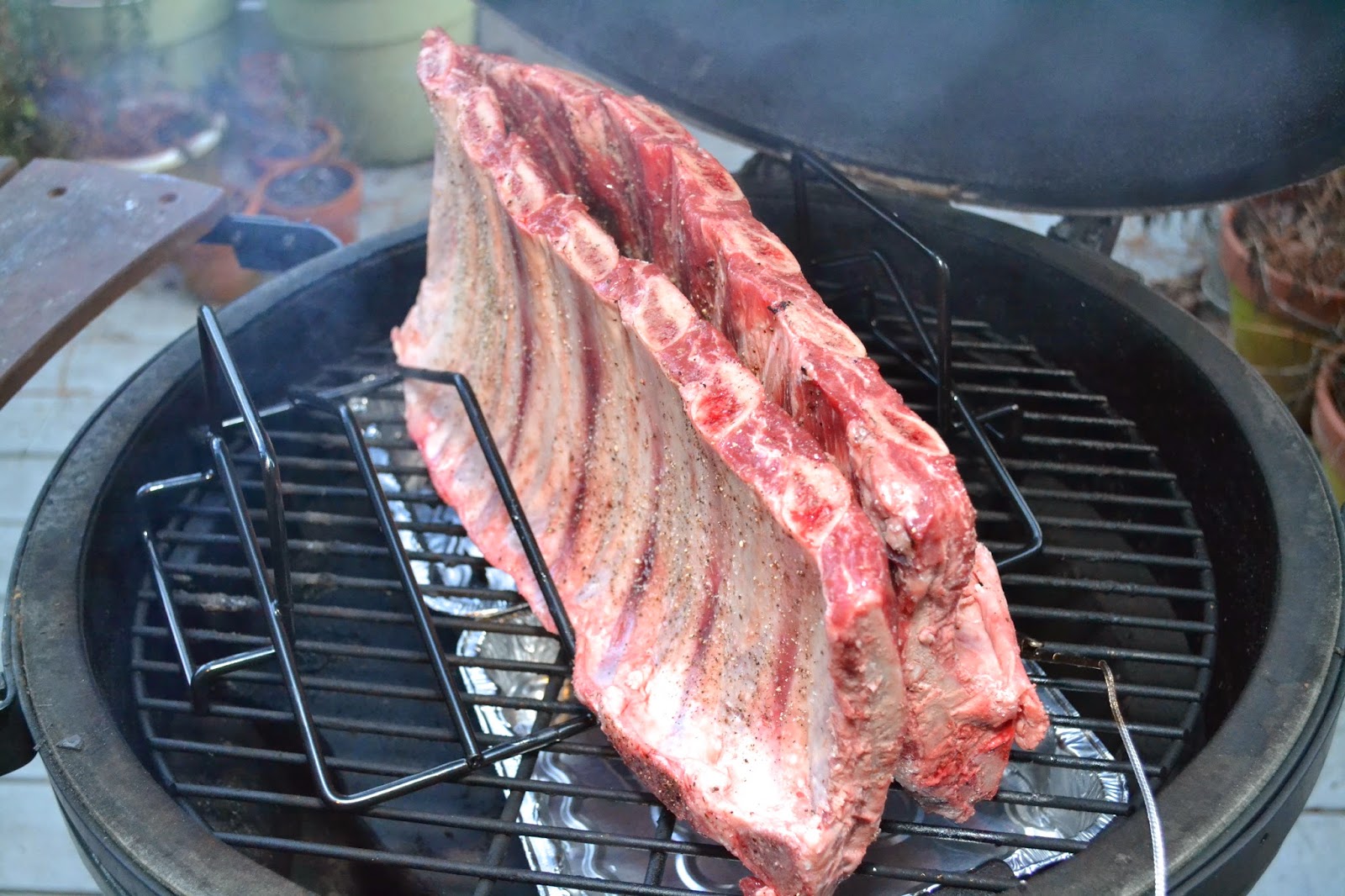 Also note that I used the BGE rib rack accessory. A nice option for getting two racks in the Egg without having to cut them in half.

The rest of the day was wide open. I didn't have to watch the temp, or add charcoal or anything. The DigiQ held it on EXACTLY 200 all day long.

So I went to my daughter's winter guard competition.

Upon returning home at 4ish. I looked outside.

Still 200. Sort of boring. Decided to change some light bulbs.

Then, couldn't resist checking at 5:45pm. Also, checked with a knife for tenderness. They seem pretty soft and smell great! but I am holding out for 12 hours. 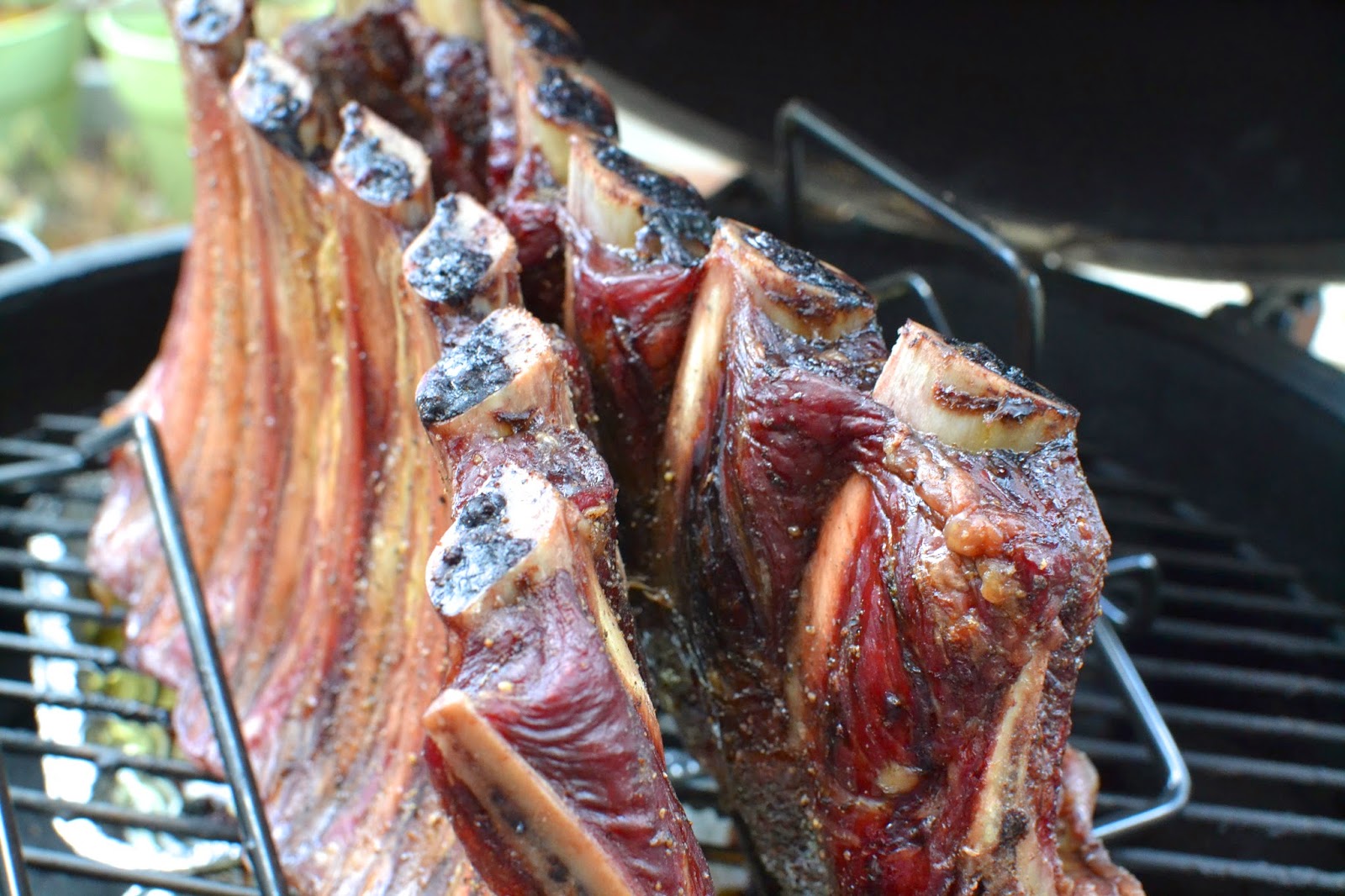 At 7:30pm I pulled them, wrapped in foil and towels to rest. 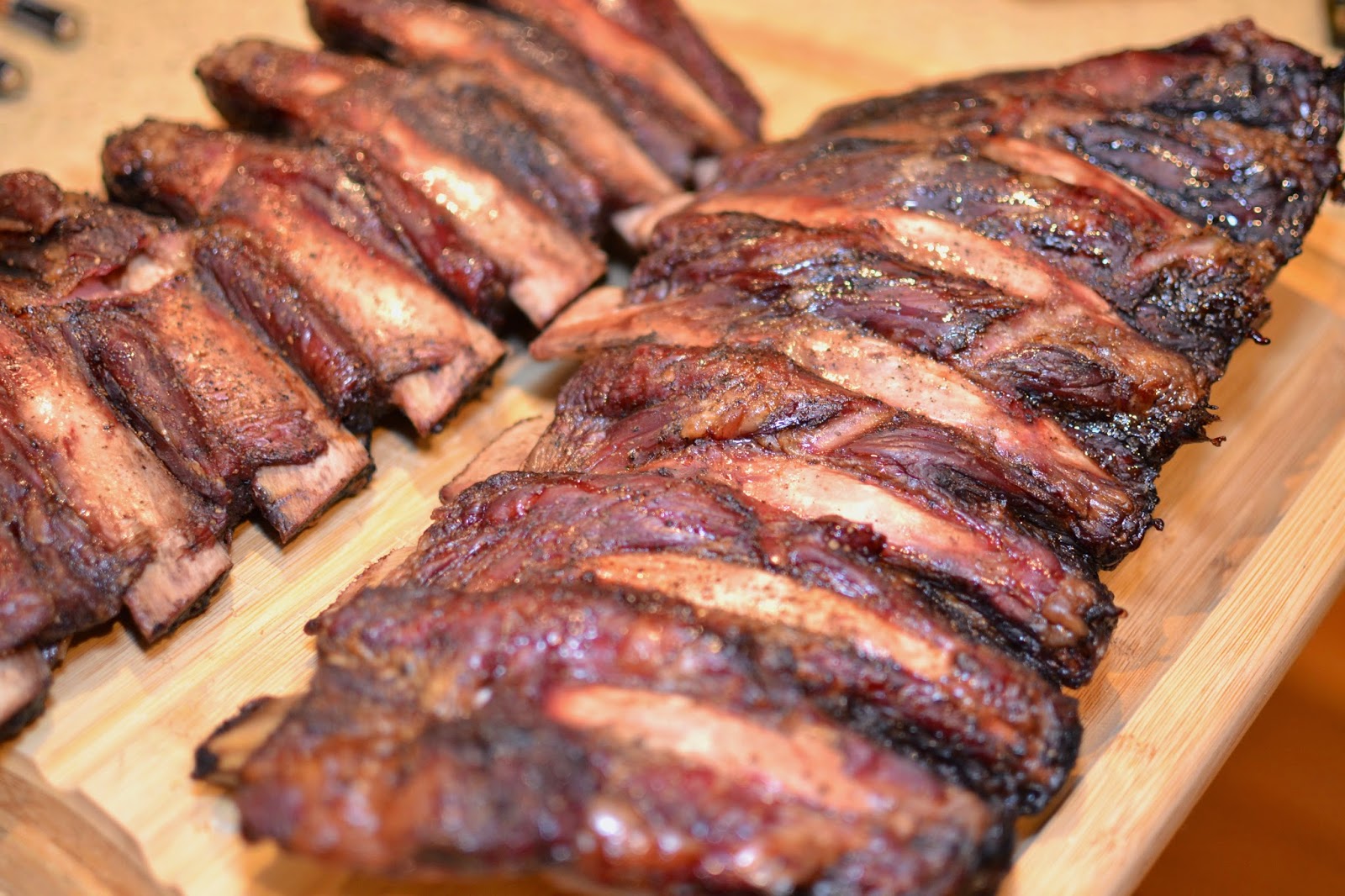 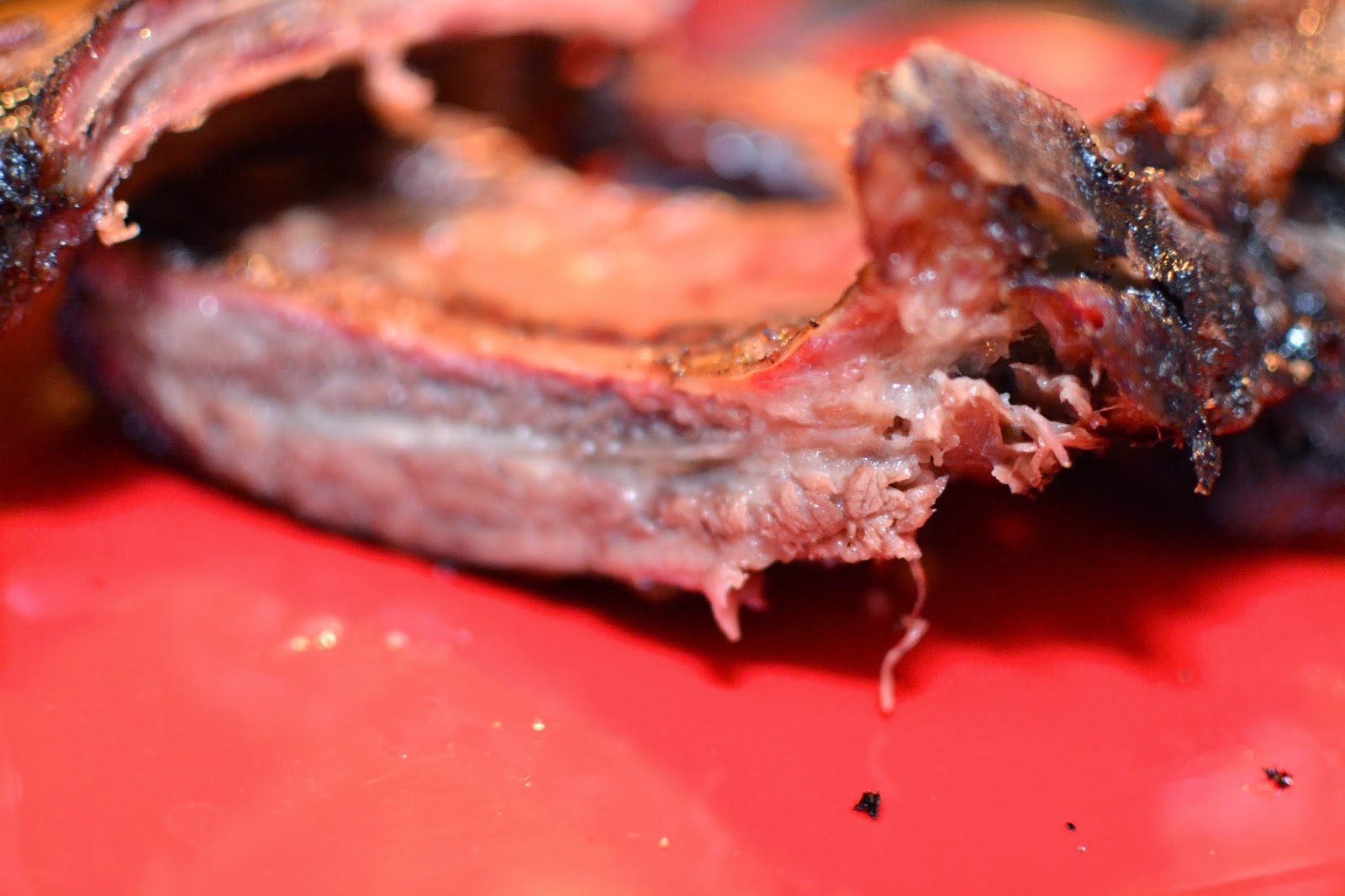 Finally checked that box. This is how you make the famous beef "short" rib. Really the beef back rib. Cook it very low and slow all day long.

One thing I would fix, I noted in red above. You should strip the membrane from the back of the rib rack before cooking.

Next time I'll also look for a more premium cut of back rib, more generous on the rib meat, now that I have the process.

Posted by zdlatham at 9:23 AM
Email ThisBlogThis!Share to TwitterShare to FacebookShare to Pinterest