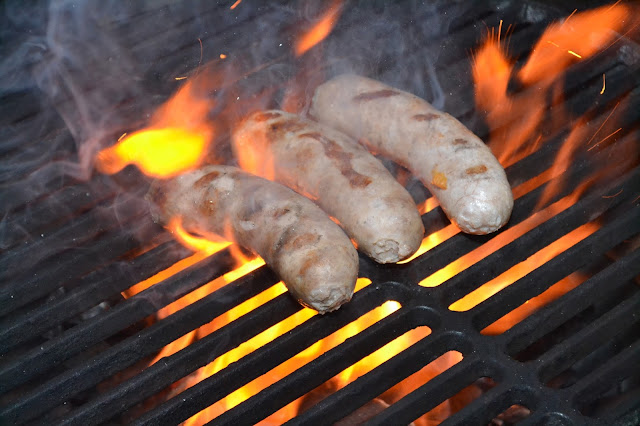 Well, well well. Oktoberfest is upon us and the weather is finally breaking here in the South. God is finally showing favor upon us.

See the red text for updates based on our second attempt.

We have made brats a few times and we almost always do it this way. Not ready to say this is the best but it is our starting point from which we can only improve.

Bratwurst from a good source that you trust or Costco...
A beer to boil it in

Boil for 20 minutes and then sear it on the Egg. Serve with Kraut and roasted sweet potatoes.

On the second attempt I used a quick read thermometer to measure the internal temperature of the brats in the boiling beer so that I could get them close to 145 internal (an attempt to figure out how long I needed boil them to get the internal temp to cooked.

These were much better. Not tough. Excellent. Lesson learned - don't boil them so long.

Pour a beer into a pot and heat the brats to a simmer. Put them both in cool because the brats may split open if you place them directly into the hot beer. Yeah I know, bud light... 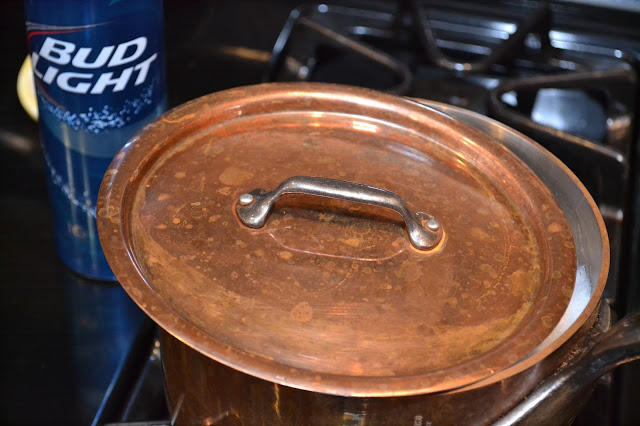 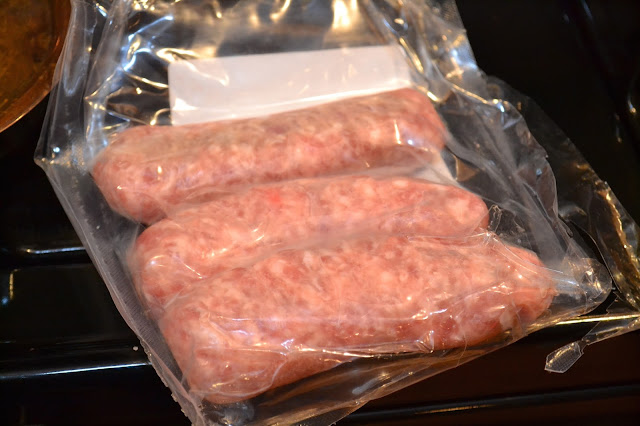 Light the egg and get it up to 350 while the brats simmer.

Also make some of these. Salt, pepper, olive oil and toss. 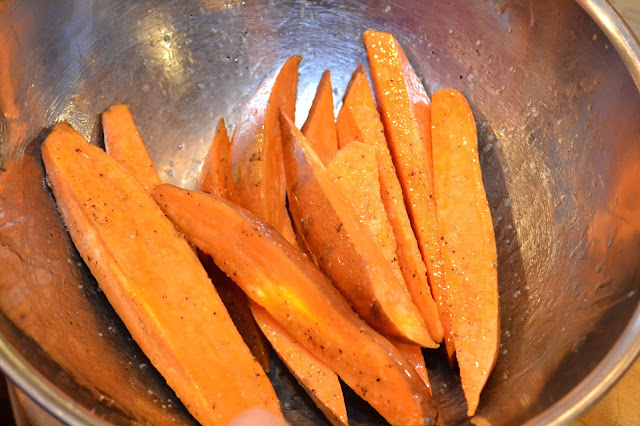 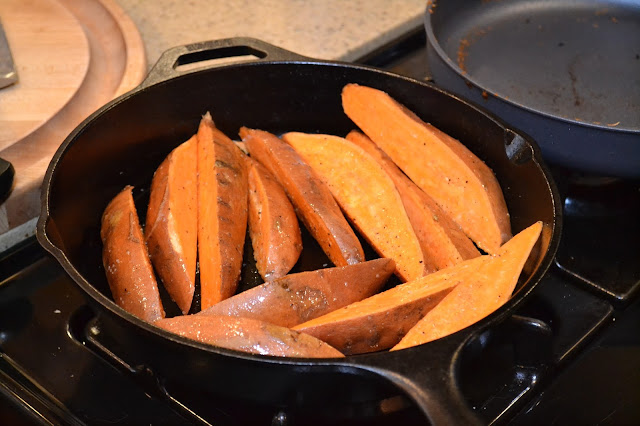 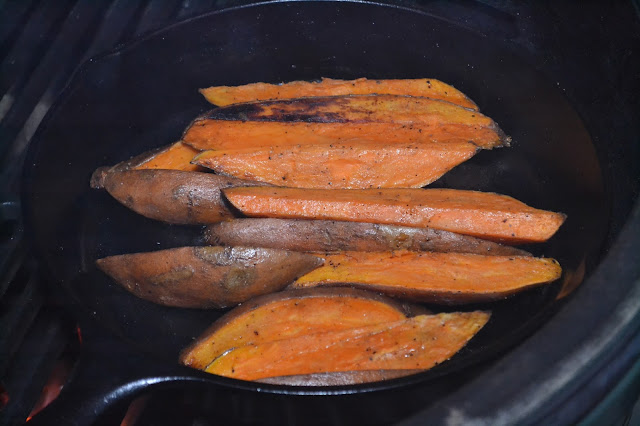 Meanwhile back to the brats 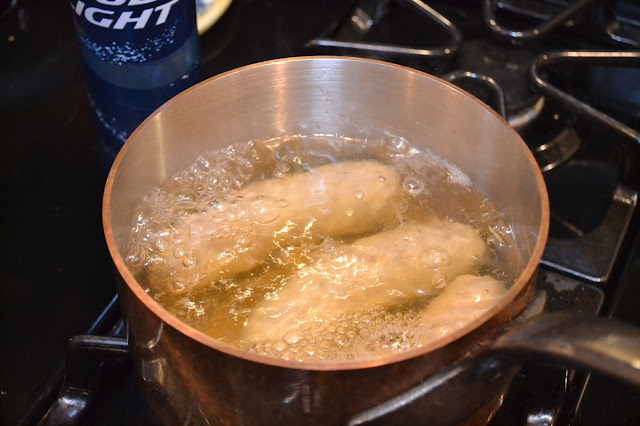 Remove the brats and heat the Egg to 500 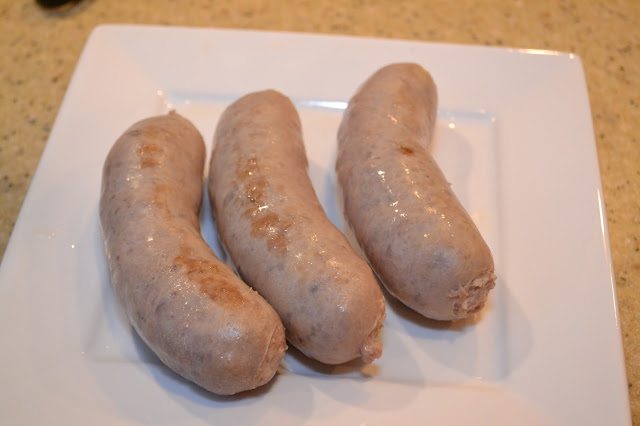 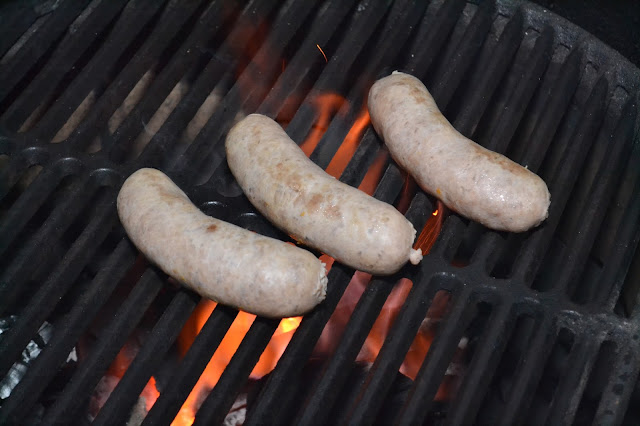 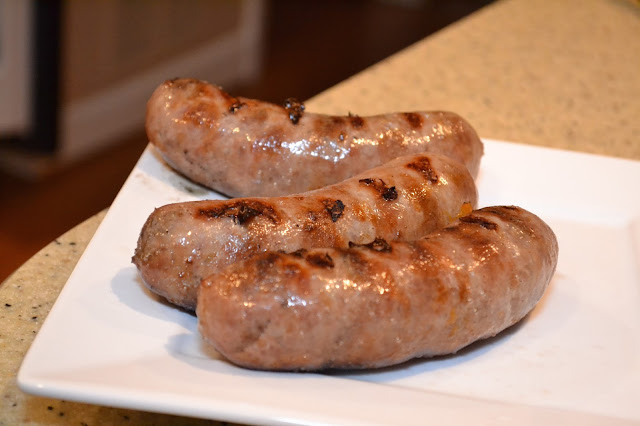 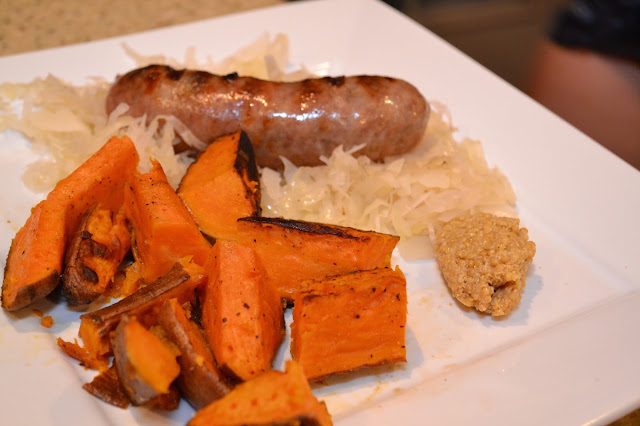 Yeah, that is homemade mustard.

Oktoberfest may be the best holiday in the whole world. Thank you Bavaria.

So the brats are great but maybe a little tough. I think we will cook them for less time next time so we can measure the internal temp of a sacrificial sausage. 135 internal temp will be the goal, I think these may have been overdone.

Boil fridge thawed brats for 5 minutes max. Give them a minute or two on the Egg for a nice sear. Eggcellent <- ha! see how I did that.

Posted by zdlatham at 12:32 PM
Email ThisBlogThis!Share to TwitterShare to FacebookShare to Pinterest